I finally got around to posting the details of my wreck.  Well, the wreck happened all so quickly. Some of the minor details I do not know because it all happened so quickly.

It was a summer Monday Morning and I left my house at about 7:25 am.  I headed west on Edna Street toward Cloverdale Road in my 2007 Jeep Liberty on my way to work. I had a stop sign and looked at traffic.  I looked south, looked North, and looked south again before I proceeded into the southbound lane of traffic on Cloverdale Road. As I proceeded, a car traveling North on Cloverdale was coming at me really quickly; they were not there when I had just looked. Just south of Edna there is a tree as well as a fence, which should not affect a proper yield if traffic is following the 35 MPH posted speed limit.

However, the car nailed me, I felt like they were doing about 55 MPH.  The result was that my Jeep Liberty spun almost 180 degree counter clockwise turn, and their car spun also 180 degree spin.  My Jeep came to rest and I could see smoke, and I am not facing East on Edna Street. I did not black out or anything.  I look out my front window and I see a Ford 500 sitting there that looks like my Mom’s car.  I then see my Mom hop out of the car very worried and panicked, just as any Mom would be when they just saw their son get into a pretty major car wreck. I did not realize that she was heading the same direction as I was this morning. She had lucked out that her car had not quite pulled up behind me when I got in my wreck, otherwise I think she would have been hit from the events of my accident.

I get out of my car and call 911, and let them know. They had already got a call, so I waited and just looked at my soon to be paid off Jeep, now most likely totaled. The airbag deployed, the whole front end was destroyed, and the passenger side wheel was broke from it’s tie rod. I also looked at my left wrist and saw a bloody gash, as well as a bloody abrasion on my right wrist. My right leg just below my knee, also was a little swollen.

By this time, the medics had arrived and came to talk to me and get information from me and check me out. The head medic started taking my blood pressure and then said “You’re blood pressure is a little high”. I knew that high blood pressure ran in my family, but at the same time I was thinking “No, kidding? I was just in a car accident.” I declined treatment, because I did not feel like I needed anything. I really felt ok, other than my leg being a little sore but not broken.

My mom was able to get ahold of my wife and siblings to let them know. Krissie was home sleeping and rushed down to help me. The police had shown up now and were spending most of their time discussing with the other party. The one officer came over to talk to me for just a few minutes, long enough to let me know they were going to issue me a citation for “Failure to Yield”, because “[I] had a stop sign, and you can’t prove speed”. I continue to clean out my car, before the tow truck arrives, while I wait for the all clear from the Boise Police Department. The Police Officer finally gives me the ticket and it is a $90.00 fine. 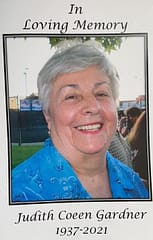