So, I have had work release employees work for me before.  They have usually been good, because they knew that being able to go out and work is considered a privilege.  When someone is incarcerated, being able to work is not a right but a privilege.

I had one individual, named Tracy Calvin.  She apparently didn’t realize this.  Last Friday, May 5, 2013, she decided that she would either break a rule or allowed someone else to break a rule.  But fact of the matter is that because she knew, and didn’t prevent it, she got in trouble.  Because of this, she was disciplined.  She was not able to come to work for any of her shifts.

So, because of this, I and others had to work extra times and shifts to cover this.  I had to come in on Saturday (my day off), and work.  Then I also had to work Monday morning from 6am to 4pm, and later work that night from 9pm to 2am.  I then had to work Tuesday from 4pm to 2am.  That’s not the worst part, but I now have to work Wednesday from 6am all the way to 2am.  WOW.  I don’t know how I am going to survive this, but we will see.  And yes, I am a little frustrated about having to do this.  But there is no other choice. 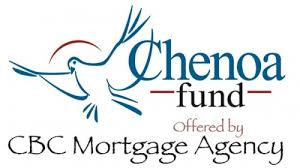