Rodeway Inn has a contract with the City of Boise through the Interfaith Sanctuary. As part of this contract, we provide temporary housing for those who may be homeless or in need of assistance. The City of Boise pays this at the end of the month, as needed. Abel Grimaldo from the Sanctuary calls ahead and arranges this, as well as sending the authorization paperwork so that we have it to send the City at the end of the month.

This particular case, this family had been staying with us for about a month or two. They were usually pretty quiet and just kept to themselves. As far as I ever really saw, there was the mother and a couple of kids; Abel had just called to extend this family.

It was now about 03:00 on July 13, I get a phone call to my room, because I was the onsite manager. “I went to go take my dog to the bathroom, and there is water coming under the door of room 136,” another customer had told me. I jump up out of bed, panicing, because I don’t know if someone decided to off themselves or what. I was really worried, because I have already had this happen once at the hotel. I ran down the hall and went in the room to find this. 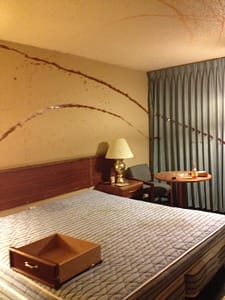 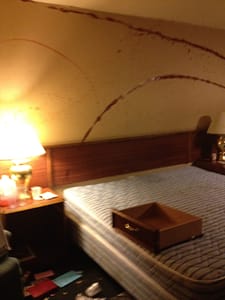 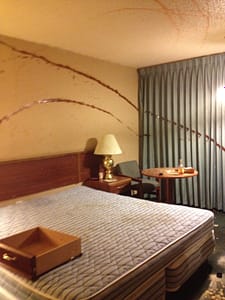 In addition, I found the source of the water. The bathtub is full of clothes and is running; in addition, the sink is plugged and running. These findings seem very odd, because they were always friendly to the housekeepers. Not only were they friendly to the housekeepers but a gentleman from the room was just outside BBQ’ing and visiting with one of my friends, Steve, a couple nights ago.

I had told the Sanctuary, that this family was now 86’d from the hotel and they were never allowed to stay here again. This lady eventually called in later in the day to try to explain that it was not her that did that. She said that she worked at night, and that this had to have been her ex, that had a key to the room. Now, if this was her ex, I don’t know why she would have given him a key to her room.

It is people like them, that give a bad name to the others that seek help at the Sanctuary. This instance was not a “rare” instance of what happens when the sanctuary had paid for a room for individuals.

A 22-year-old Boise man was arrested and charged with two felonies after he allegedly set fire to The Church of Jesus Christ of Latter-day Saints in Southwest Boise on Tuesday, Ada County Sheriff’s Office spokesperson Read more…